A Sad Lack of Gamora

Remember when The Avengers came out two years ago, and Black Widow was missing from merchandise and toys? It sadly looks like Marvel and Disney licensees didn't learn from their mistakes because there's a sad lack of Gamora in the Guardians of the Galaxy product on the market. New hashtag: #wheresgamora.

Without stepping into spoiler territory, I can say that Gamora was just as important to the film as Peter Quill/Star-Lord. I'd call them co-leads. However, she's not featured on as much merchandise as him or even Rocket Raccoon. What really irks me though is when she isn't included with the entire team. Take this men's t-shirt I spotted at D Street in Downtown Disney, Anaheim: 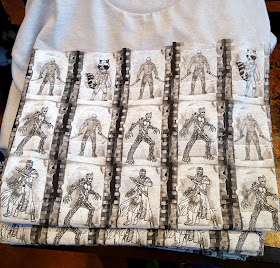 I heard about the design from Shawn Marshall and had to see it for myself to believe it. This shirt has five columns. Perfect for featuring the FIVE members of the Guardians team, right? Apparently not because instead of including Gamora, they just doubled or tripled up on male members of the team to fill in the five columns. It's like the designers said, "Let's pretend there's no female character on this team."

Then at Walmart last night, I got sidetracked by a Guardians of the Galaxy display near the registers. The four-sided display had some toys but mostly it was pillows, blankets, tees, and cups. Though Gamora was featured in a group shot at the top of the display, the rest of it seemed to be about excluding her. The sides prominently feature Rocket, Groot, Star-Lord, and Drax and so does a coffee mug... but they leave out the female assassin. #wheresgamora 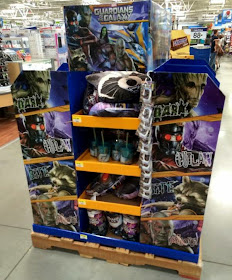 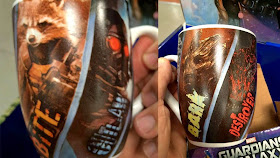 A quick search on Amazon shows Gamora is available as a 6 inch figure, a Funko POP! toy, a smaller figure sold in a two pack with Star-Lord, and a LEGO minifig. It also shows this Guardians of the Galaxy team party pack that only features Gamora on one item. The rest of the team is on every item. #wheresgamora 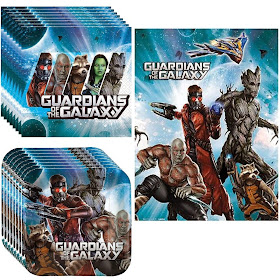 She's not excluded from everything. Gamora is on a folder I purchased, and I've seen her included in sticker and activity books. But, why isn't she part of all the group shots? I don't understand. #wheresgamora

Update:
Another interesting merchandising decision: Gamora and Nebula are both included in the Guardians of the Galaxy Minimates release. That's cool, but you know what's not cool? According to Marvel, the other four members of the Guardians are available at Toys "R" Us online and in stores while Gamora (along with Nebula) will only be available at specialty stores. Seriously.